‘Twas some time before Christmas and all round the house, not a creature was stirring, ‘cept squirrels and a mouse.

The tree had been trimmed and some stockings did hang, but something was missing, like drool and small fangs.

With visions of little pals dancing in his head, Pop was awaken by a prowler, he dread.

But when he stepped on the porch what did he see? Santa and his reindeers with a sleigh filled with glee.

“I’ve been to the shelters and pounds and rescues, and I think you might find here some best friends you can choose.”

I looked into his basket expecting toys I would see, but there waited precious kitties and rambunctios  puppies.

Santa laughed “They’re all shapes and sizes, even mellow ones, too. Ages five weeks to ten years, all looking for you.”

Out jumped the little buddies, all “rescues” they say. But no one was saved greater than me on that day.

So when you think of adding a kitty or puppy this year, your family’s greatest love can be adopted from a shelter quite near.

Merry Christmas from the pound puppies and kitties, Murphy, Chester, Stella and Billy.

And Happy Holidays from me, Brent Weber 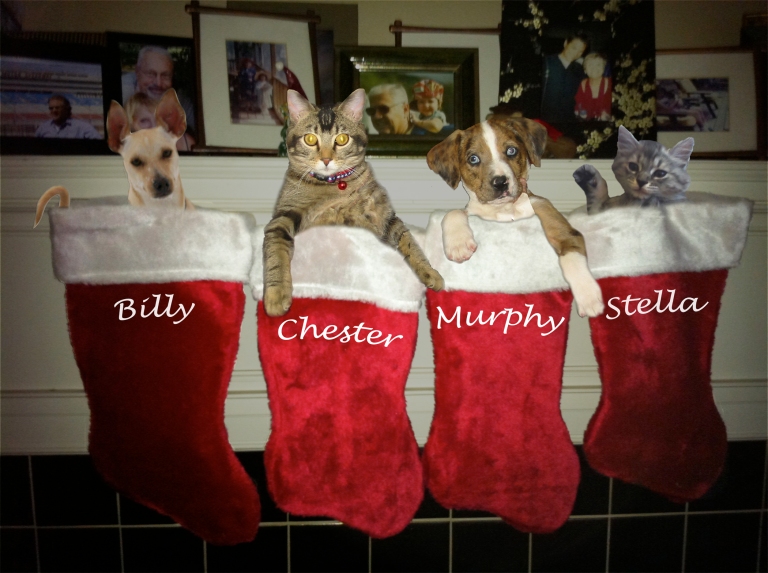